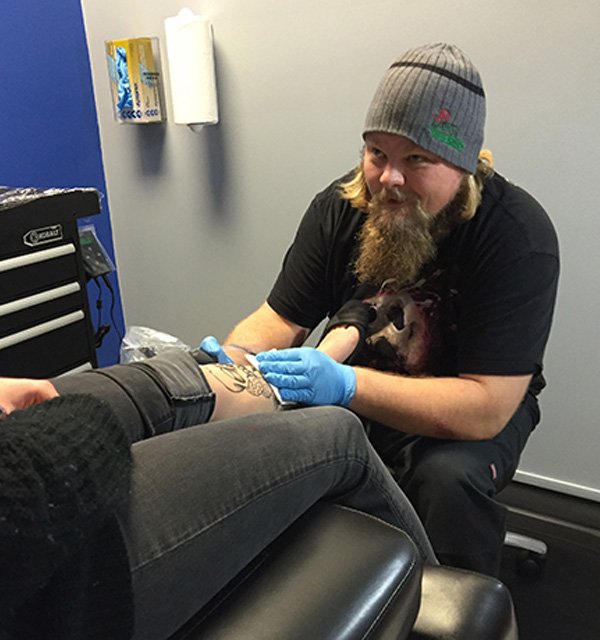 Mike is an Omaha native who graduated from Millard South High School. There he met his wife, they have been together since 1994 and have two great children. After high school he continued on to get an associate degree in Computer-Aided Drafting and began a drafting career with a local architect. A year later he decided to pursue his true passion, art, and attained an associate degree in Graphic Art and Design.

While in his Graphic Arts program he began to see art in a new way, unlocking many unknown talents to implement on his drawings. After receiving his associate degree in Graphic Art and Design, he was not sure what field of art would best fit his talents. Mike embarked on his tattoo career in 2008 after being abducted by aliens who implanted the need to tattoo in his mind and wired him to explode if goes more than a day or two without tattooing.

He trained and developed a greater interest in tattooing at a local Omaha tattoo shop. Mike began his journey with Skin Deep Tattoo in 2016, following several years of work in local tattoo shops as well as owning his own studio for a time.

For as long as anyone could remember Mike has loved to draw on anything he could get his hands on. Growing up, he had to make the most out of the pencils and paper available, concentrating on realism and honing diverse shading techniques. After graduating college Mike has continued to venture into using various mediums, from graphite and paper to oil and canvas; he is even experienced with airbrushing a variety of surfaces including paper, canvas and vehicles. Most recently, he has done a number of watercolor and ink pieces, utilizing pen and brush inking techniques joined with color work.

To schedule an appointment with Mike, simply lock yourself in a dark bathroom at midnight during an eclipse and whisper his name three times into the mirror… On the other hand, you could stop by Skin Deep Tattoo and meet Mike and the rest of the awesome crew!

Thank you, and happy tattoos. 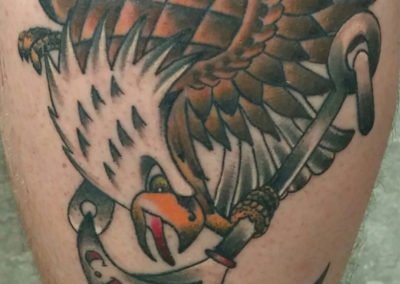 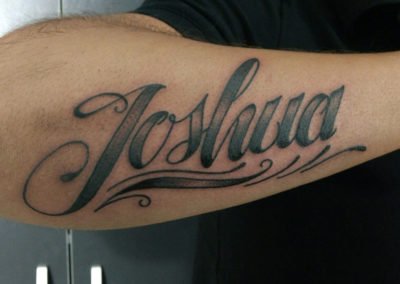 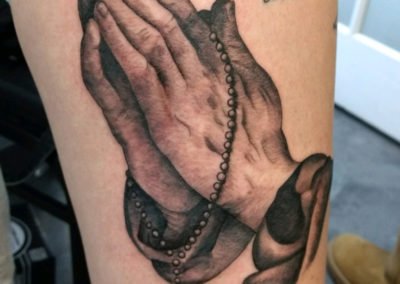 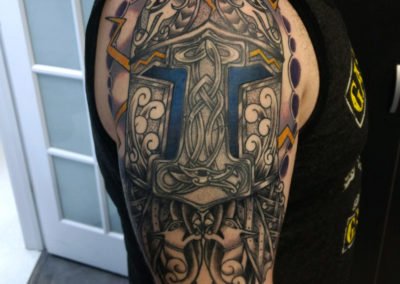 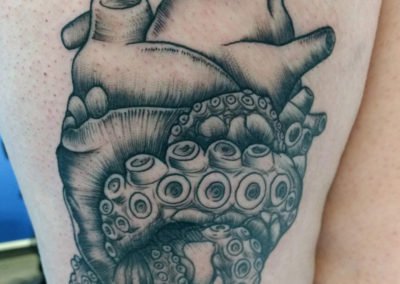 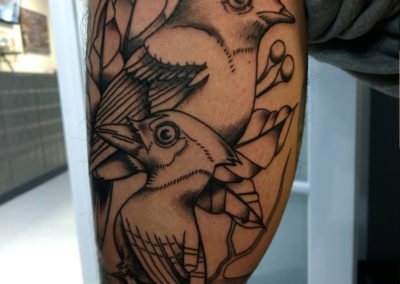 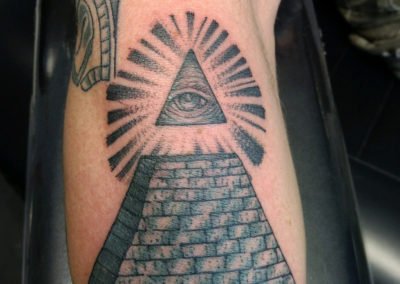 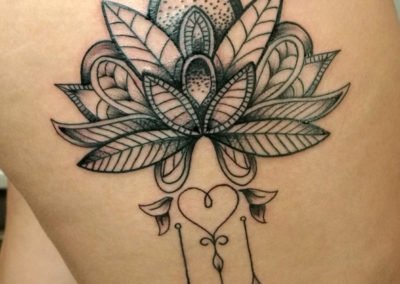 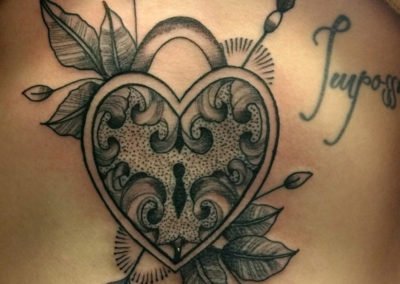 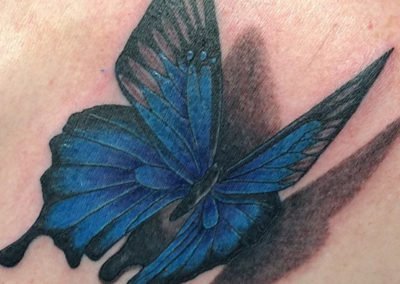 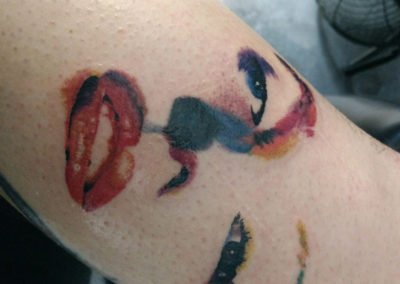 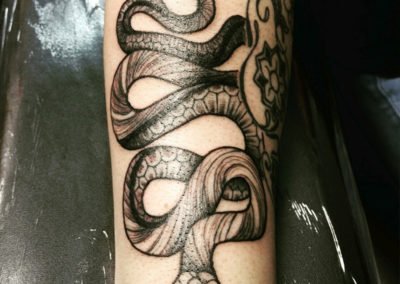 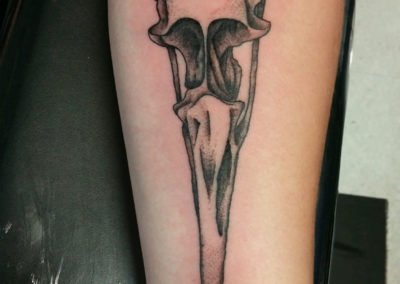 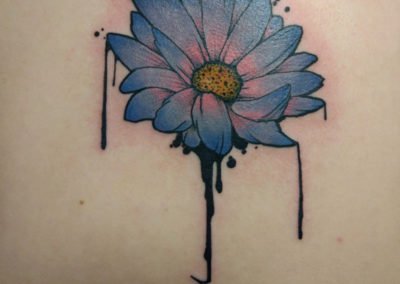 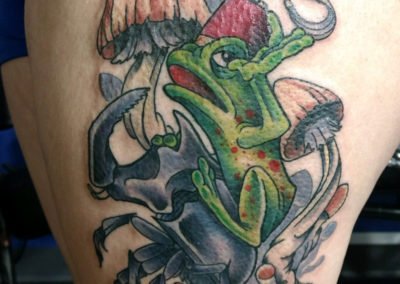 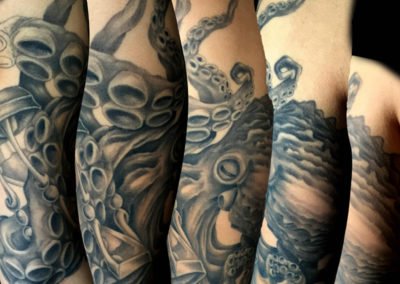 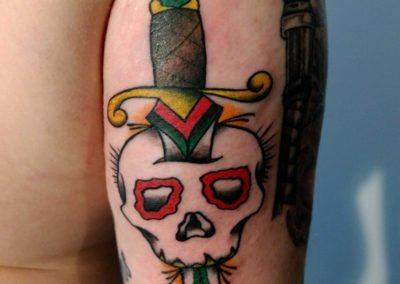 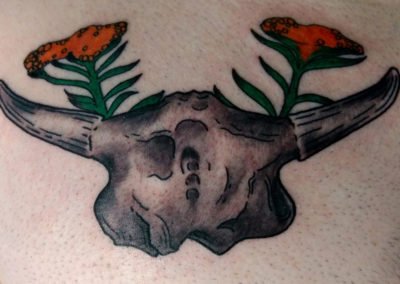 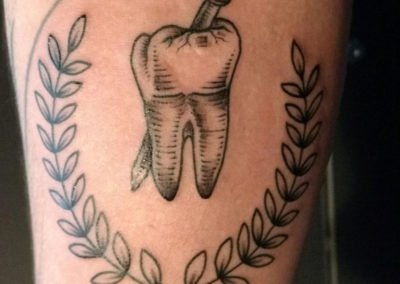 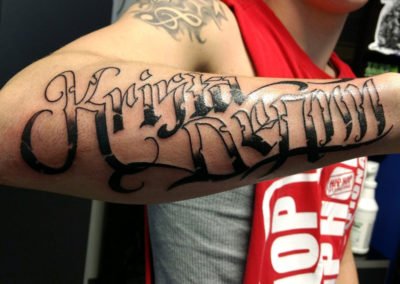